So goes the song you will hear, sung by kids as soon as they see a white skin. The other word all kids will use when seeing a Caucasian is "mzungu" (plural, wazungu), meaning white person. It is not offensive, it is a statement of fact. As a general rule, kids love white people. They can usually get sweets from wazungu. But I digress.

The song in English:

It means Hello. Everyone says it, tourists particularly. It is often the only Swahili word they know - it isn't, but they don't know that they know others:

But I digress (again).

To gain a bit of street cred in Kenya, (or Uganda, Tanzania), rather than the usual Jambo, you can try Mambo, to which the usual reply is "Poa" (cool), or "Safi" (clean/fresh)

OK, so 'Mambo' is sheng, street language, slang. So if you want to be a bit more "grown-up", try

Habari? - How are things?
Habari gani? - What's new? How are you doing?

To which you reply Mzuri (sana) - Fine (very fine)

Hujambo - a variant of Jambo, also meaning How are you? Answer: Sijambo - I'm fine

Other useful words are:

I find that although my Swahili is very limited, sprinkling a conversation with a few words is very welcome, and in bartering, lends credibility to your claim that you are not a tourist!

I was shopping in the Nakumatt in Kisii (a chain of supermarkets). They were running a prize draw where, if you spent more than 2,000/- (about £15), you were entered into a draw, the prize being a weekend at a Maasai Mara lodge, with safaris thrown in - nice!

As I was getting stuff for a party for the orphange kids, I spent well over the 2,000/- at which point, I was pounced upon by the floor manager (Remember, I was the only white skin in Kisii), who very enthusiastically explained the draw, the prizes and how to enter in very fine detail.

Now, I had several bags of food shopping, four hula hoops, footballs, and other unwieldy objects, and a 4 year-old who was standing cross-legged, wanting to go to the loo, and I was a little flustered.

I said the most stupid thing to this poor manager. "Do I look like a tourist?"

Let me point out that I was wearing khakis, desert boots and a wide-brimmed hat, and as I had only been in Kenya a few days, I daresay my skin was more than a little pink in places. A more touristy tourist you couldn't hope to see - and of course, I am usually the only mzungu in town.

I pointed the little boy to the toilet and then tried to make amends to the manager, who eventually claimed that he could see the funny side of the situation. Whether he did or not, I don't know, but he personally helped me to the car park with all the shopping (and child), asking me where my car was. I didn't have one, I was catching the matatu.

Then, he finally believed that I wasn't a tourist.

All was well, the little boy didn't have an accident in his pants, I got all my shopping to the matatu stand, and the manager went back into his store, feeling that he had done the right thing.

Posted by BabaMzungu at 09:12 No comments:

Leisimane - the next two chapters

One or two may have noticed a book starting to appear here, and someone has even read the first two chapters thanks, Potty Mummy).

So, I have posted the next two chapters.

At the end of each chapter, there is a link to the next, if it has been posted, that is.

Posted by BabaMzungu at 14:41 No comments:

Being English through and through (apart from a bit of Welsh inherited from one of my grandfathers), the idea/concept of bartering is totally alien.

So, in September last year, I ventured to Kenya. I was chaperoned by a friend whilst in Nairobi and was amazed that he never paid the asking price for anything without an argument.

I watched, listened and learned, but didn't participate.

On my second visit, in March of this year, I was on my own a lot more. My first task was to change some sterling into the local currency. In the bank, the girl behind the counter offered me a rate, let's say 128 shillings to the pound.

Wow! Try that in a high street bank over here.

I got on the shuttle to Kisii.

In Kisii, staying in a house without electricity and a loo at the other end of the plot, I thought a torch would be advantageous. I found a rechargeable LED model on a hawker's stand. 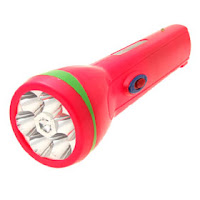 Like and idiot, I showed a little too much interest.

At the house, my hostess was so taken by the torch, the next time I was in town, I decided to get another. It was a different hawker. He saw me coming from a long way off - not difficult as I was probably the only mzungu in town.

I glanced at his wares, safety pins, shaving mirrors, tweezers - and a similar LED torch.

I went through the 'I'm not a tourist' routine again and paid 260/-. It was a better torch, having 6 LEDs instead of the 5 of the previous one.

I am learning. Never pay the asking price for anything if the price is not marked on it. Of course, in the supermarket, it doesn't work, nor in cafés where the menu is marked with prices.

But if you are buying from a market, or a hawker, haggle. You will save a small fortune - or rather, you are less likely to get ripped off. If you are offering too low a price, they won't sell, so they aren't losing - you are not taking the food from his daughter's mouth, believe me.

Oh, and learn a few different ways of saying hello. "Jambo" is used by everyone, native and tourist alike, but to make an impression, try something different.